So, this happened. And it’s probably one of the most exciting exhibits at the Museum of the City of New York since the Sex and the City one. Well for me!

Not much to explain, other than saying, just go already! It was quite fun. Check it out!

We look super awake don’t we?

Admissions is through the Gift Store, which… hey, things to buy!!! 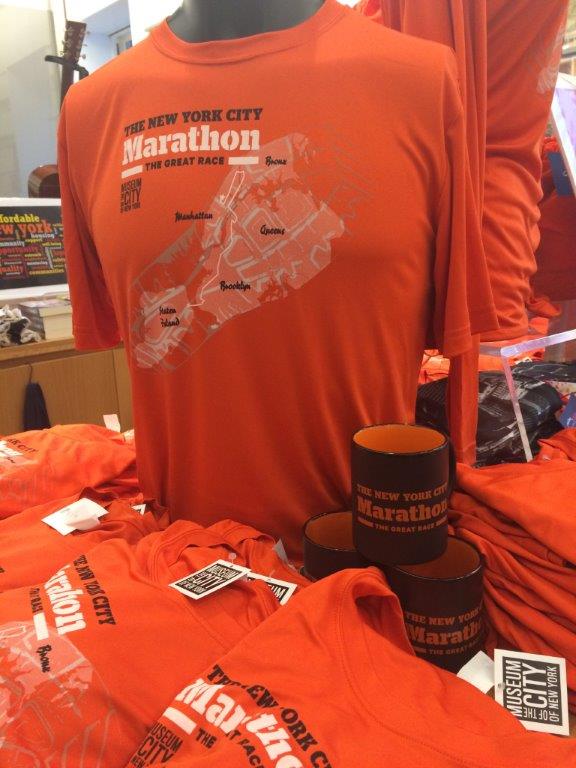 By the way, entrance is free if you have a museum membership, if you’re a nyrr member (bring your card or show them your mynyrr website on your phone), if you’re registered for the marathon, or if you have the NYCID. 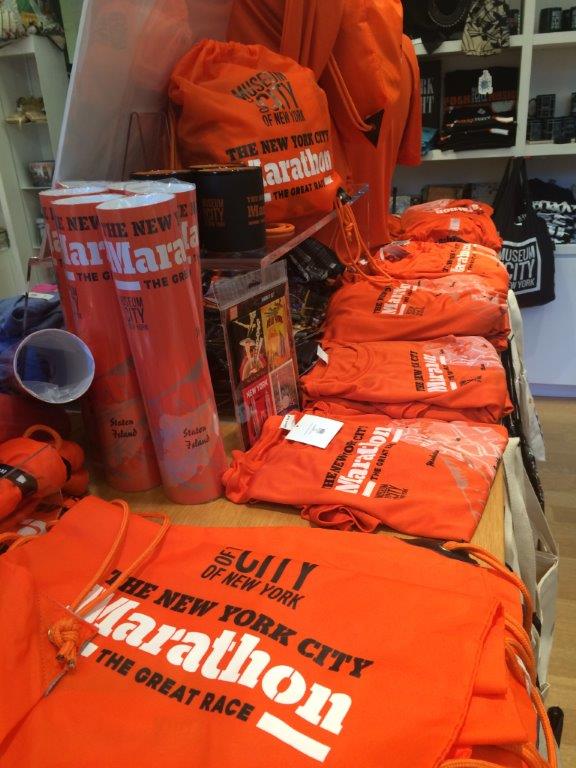 Then off to the third floor…. get ready to be overwhelmed! 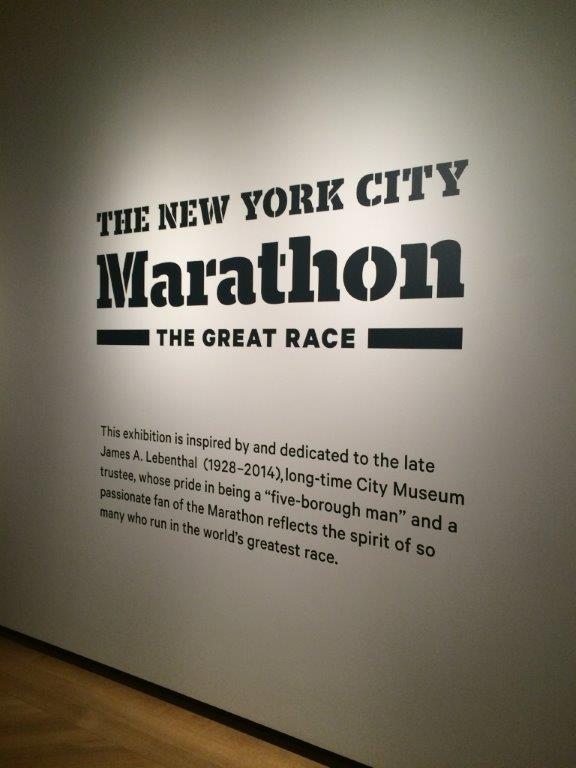 Fred is my favorite! Make sure you watch “Run for your Life” 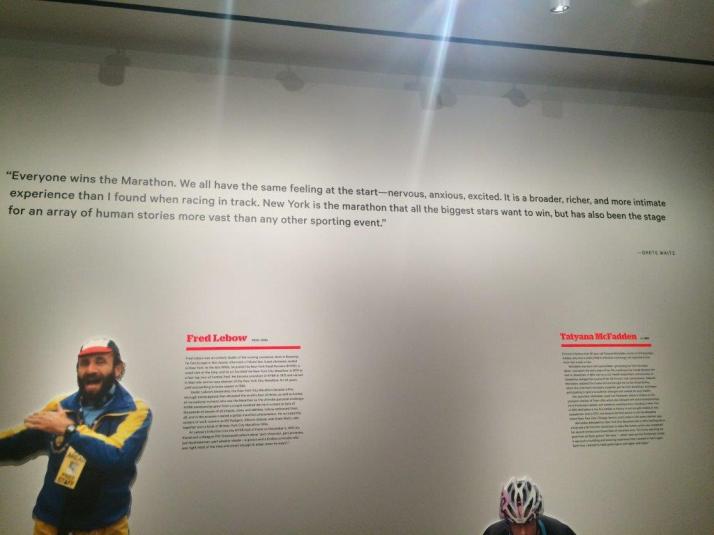 There is two big screens with marathon images and videos. Awesome. 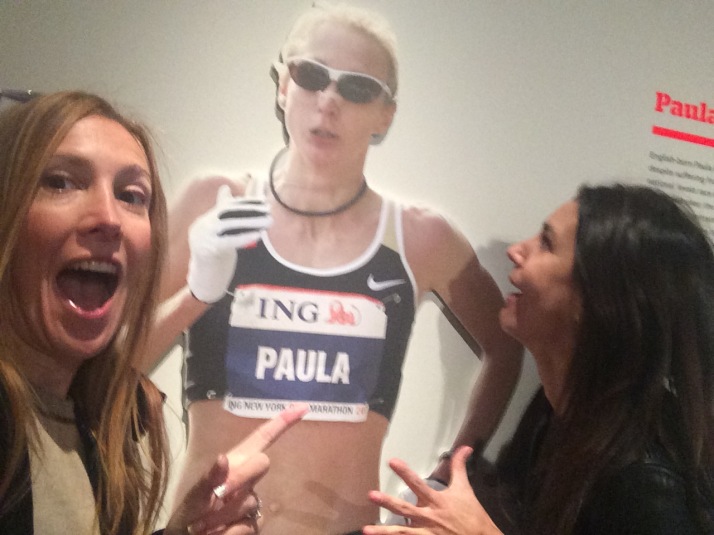 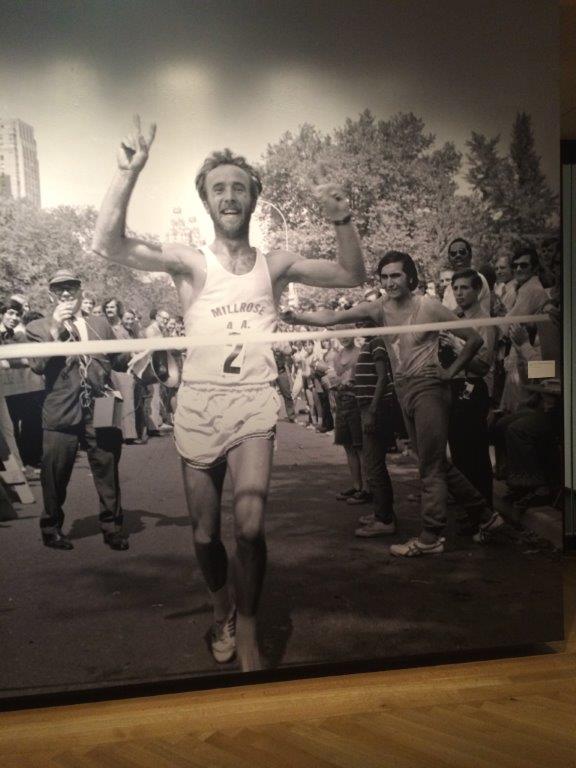 I think this one was one of my favorite pictures in the whole exhibit and I am not sure I had seen it before. It’s Gary Muhrcke, the first winner of the NYC Marathon, who I’ve met millions of times at his store, Super Runners Shop. But it’s such a great shot!!!

Then you go into the side exhibit room, where there’s an impressive (and inspiring) timeline 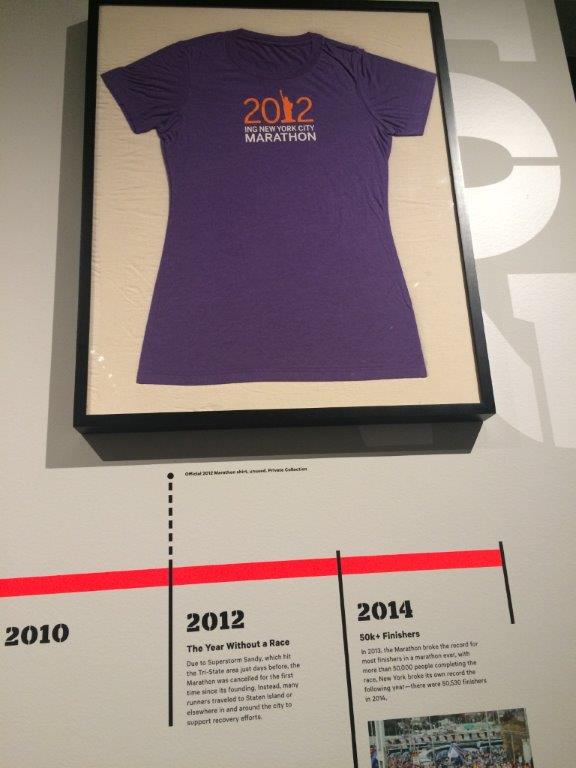 And pictures on the wall, in the middle and a fabulous loop of finish lines videos. Which we watch for a bit…

map on the floor! 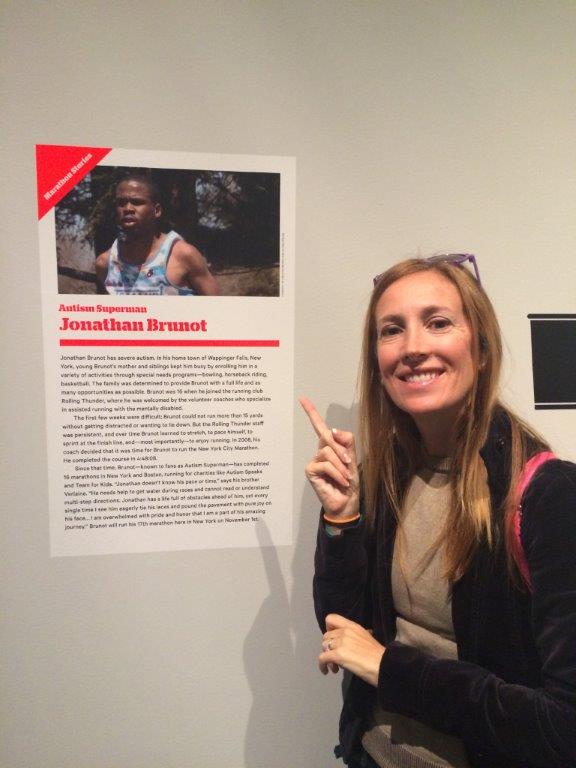 I sent in this picture!!! I work for Autism Speaks managining half their endurance events and teams and know Jonathan quite well. He’s super inspiring and I am so happy he’s in this exhibit! He’s wearing the Team Up with Autism Speaks singlet! 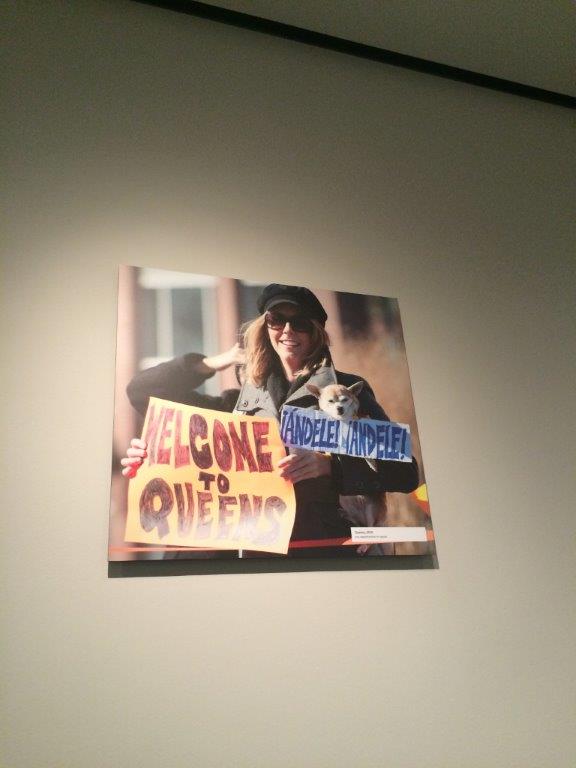 this is what my apartment used to look like after the marathon too, when I can’t bend over to pick anything up!!!!

Another Team Up! with Autism Speaks runner! Doreen was in my 2014 NYC Marathon team. Such a great picture!

MASS. And an Argentinian in the middle making it a PARTY! wow, right? 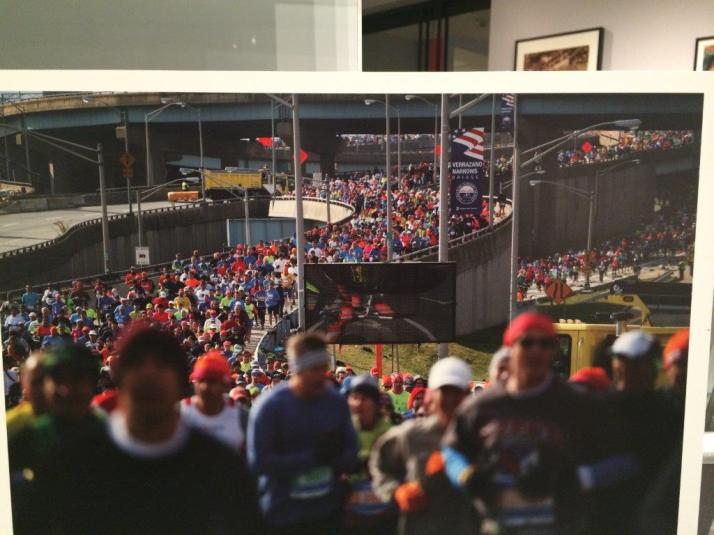 this is one impressive photo!!!! do you see the thousands of runners in all three waves? even in the back, side…. when people complain about the waves they are in, it makes me laugh… you can’t possibly put 50,000 runners all in the same place, it’s a LOT of us!

I hope you go see it and LOVE it as I did. I’ll probably go back a few times before March 😉