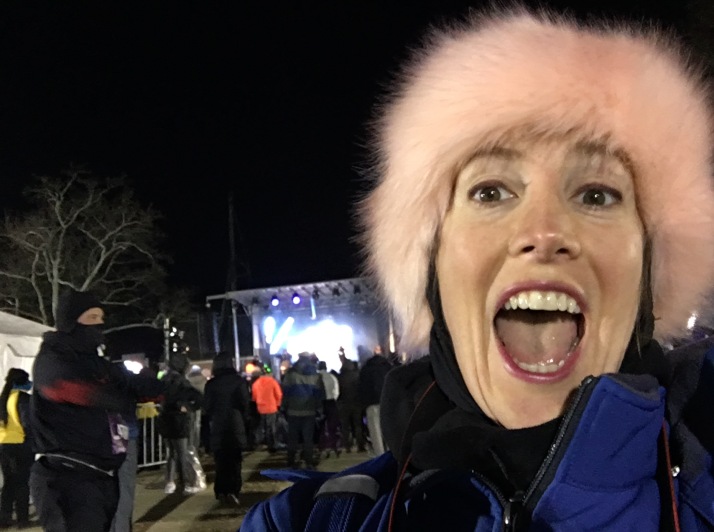 It was so cold that the races on the second weekend of January got canceled. I managed to run both Saturday and Sunday but it was insanely cold. Everyone kept asking me what I was training for, as most people assumed I had to get the miles in for some marathon or something. I am not really training for anything, just trying to not let the winter win. I can’t say I loved it, but I got out there. 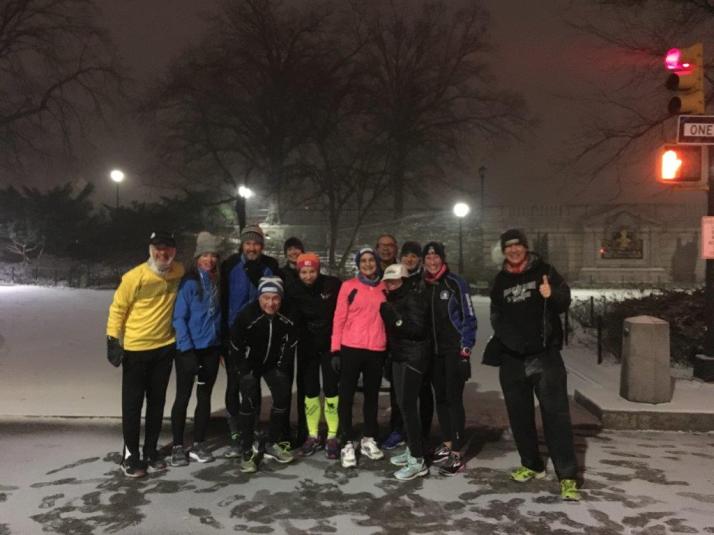 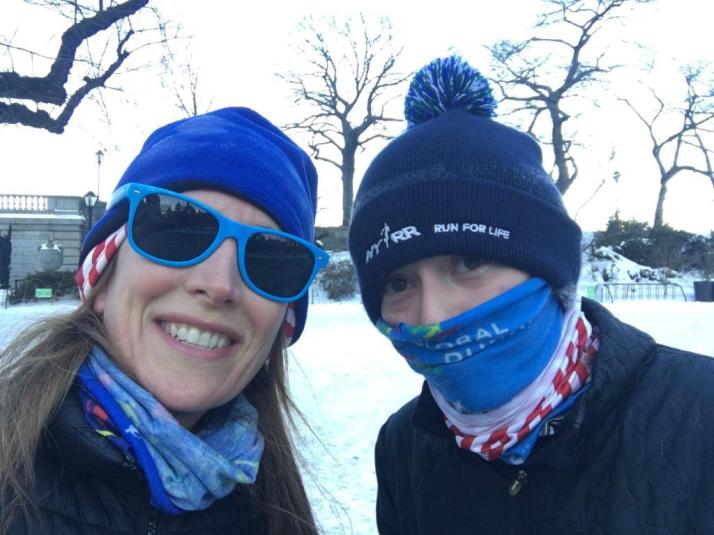 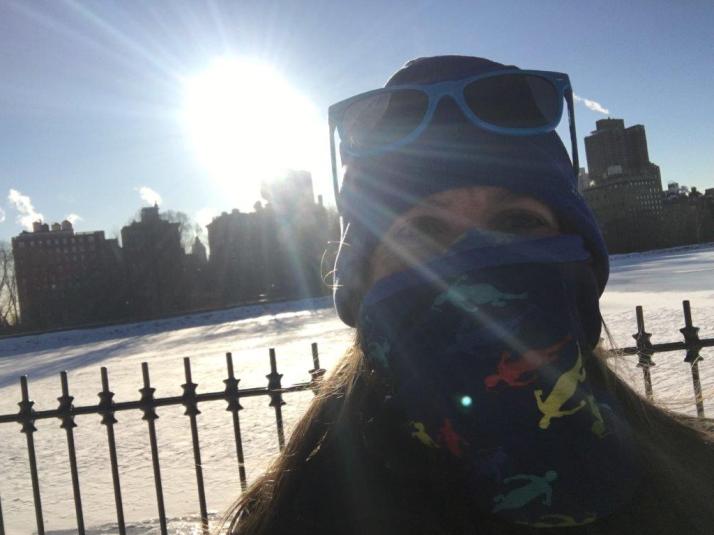 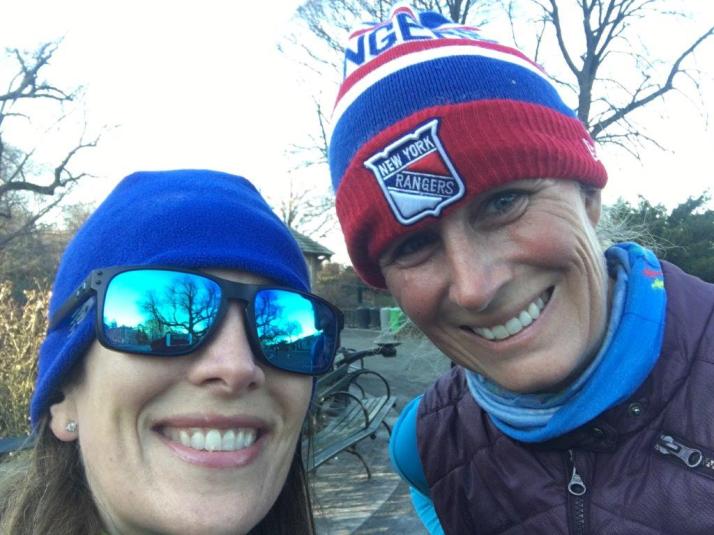 As you can see there was a couple of blizzards in there, snow, ice, and all the layers. Luckily we had planned a trip to Mexico for mid-January to escape the cold. The vacation part was uneventful but we had a few epic runs with Juan (the husband!).

First night in the hotel, a guy who worked there came up to talk to Juan as he was wearing his 2017 TCS New York City Marathon shirt, to ask him if he had run the marathon. Turned out that Armando, our new friend at the hotel, was a runner too and invited us to his team’s workout the next morning. So, at 6:30 am we went out to meet up the Red Runners, who were having a special run as one of their teammates had passed that week. There was a half an hour of a warm-up, everyone in a circle, probably around 130 people, and the coach had a microphone and big speakers. Before we headed out, we all got one white rose to carry for the memorial. We all run together to a gorgeous lighthouse I never would have seen, we got there with the sunrise, there were speeches, even a triathlete pastor, there were prayers, and we run back with the boombox in tow. Everyone was together. It was very moving. And everyone was so welcome to this stranger. It was very special. 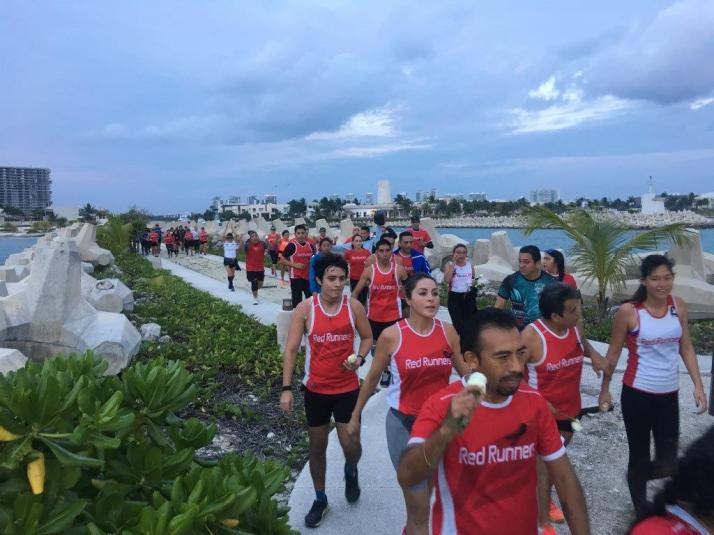 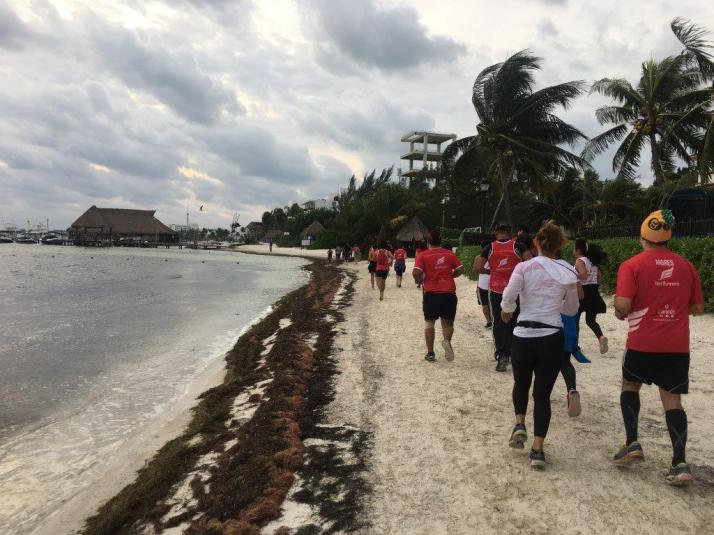 When I travel, to me, the best thing EVER is to hang with the locals. Nothing could have beat that run.

Juan and I did have a few osom runs. The day after the run with Red Runners, there was a race in town, which we didn’t sign up for because registration was miles and miles away but we run to the start and finish to cheer/spectate. Funnest part: Kukulcan road (the main drag) had no traffic for the race. Quite FUN! 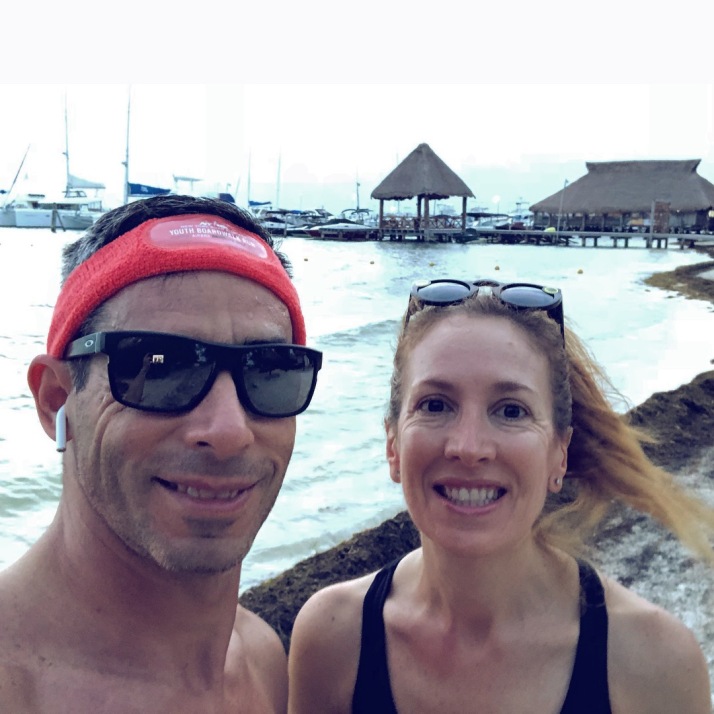 The next few days we did great. We did a tempo together and we run back to the lighthouse so Juan could see it. We managed to get the sunrise too. 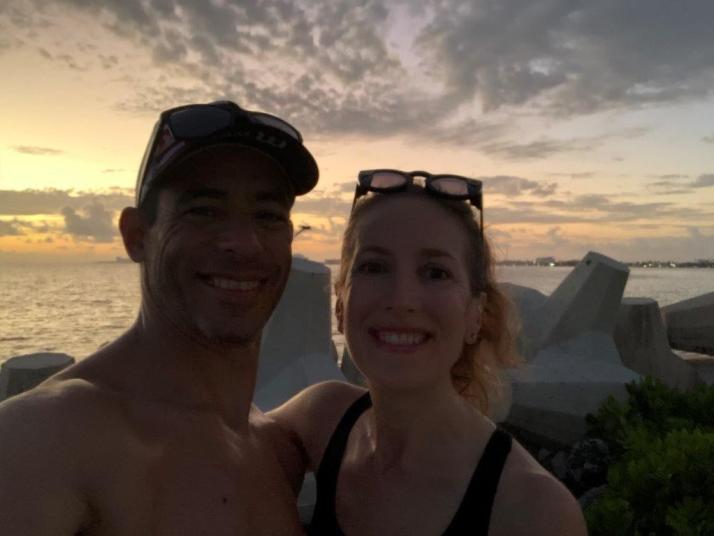 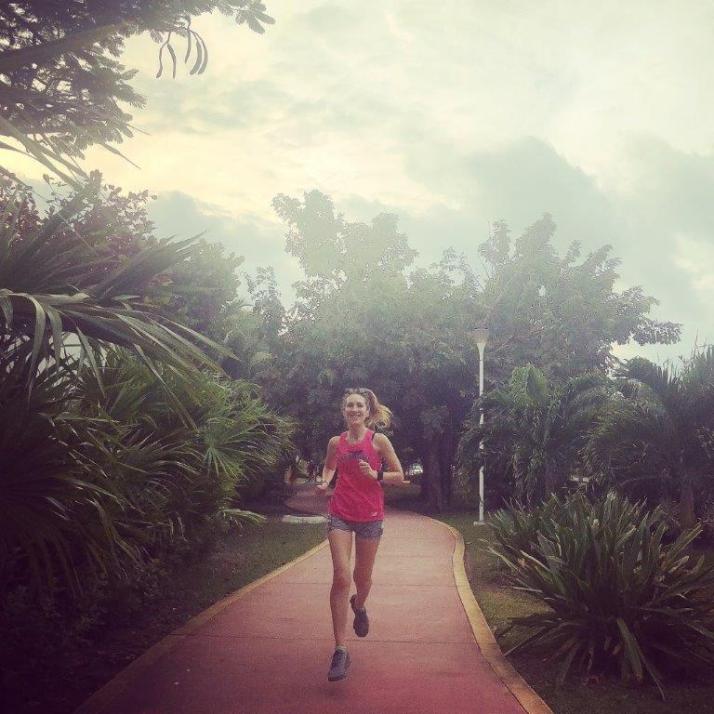 And like that, we were back and the month was over! 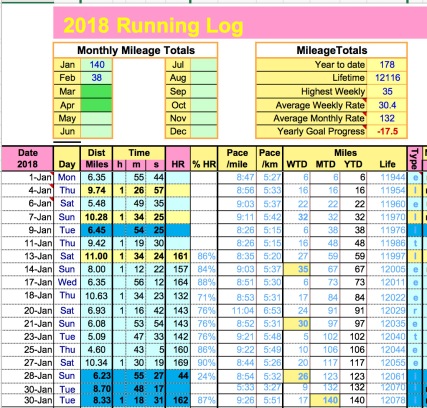