Saturday was my birthday. I am not sure there’s anyone who didn’t know!

Friday at around 3 pm, I decided I’d race a half on Saturday…

Why couldn’t I make a decision earlier..? well, there was a LOT on my schedule for that weekend… I didn’t think I’d want to wake up early ON MY BDAY (that sounds awful, right?) on top of it all, some plans changed so I figured I could… there was a half in Queens: the All State 13.1 series, on my exact birth date… sorry, I couldn’t get over that fact!!!

Well, ALSO, I was having a tiny bday celebration Friday night, AFTER a really busy week, which was also the first week at my new job at Austim Speaks, and ALSO this was SIX days after the NYC HALF massive PR situ. Oh, and seriously, I ate CRAP all week. Stuff you don’t even want to know about.

Running a race at the end of that two-week period was  such a great way to celebrate my birthday, riiight?

My friend John was driving and picking me up, so I came downstairs with my tutu on.

Sidebar: when I decided the day before that I’d race a half on my bday (and with zero probability to PR after such a week) I decided I’d take it super easy: tutu-birthday-fun! I hadn’t worn it since the 2011 Mini 10 (where I did do PR, tutu and all, but I also chafed like hell!) so I had to turn my apartment inside out to find it… tutu was a little  unironed…

Well, so everybody kept honking at me, at 7:30 am not much is funny for me. Got there superfast, got registered in 5 seconds, got the t-shirt (ha, my bday date is ON IT!), packed it all into baggage and soon we were freezing at the start, just for 5 minutes. Seriously though, it’s late March, it is freaking ridiculously cold! It was around 30 but felt like 20 with the crazy winds. I froze. Also, I was underdressed as usual, just as I like it! 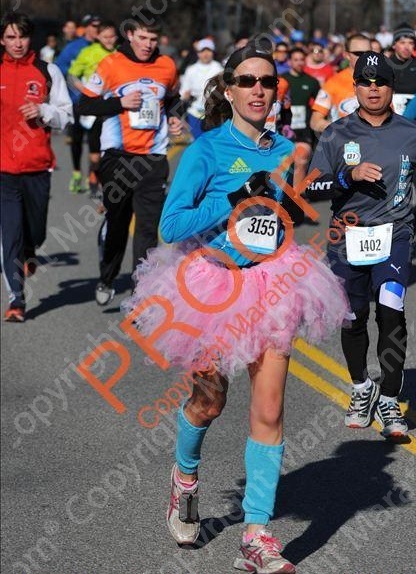 That was at miles 1 or 2 when I still had some speed! The first mile was a bit crowded, which is common in any race around here, but it cleared up right after… then John had to retie a shoe, so we took a few seconds there… I was all up for taking it easy and he was too!

We both felt tired right away, and I was STARVING and dreaming of sushi at mile 2. Like: I would have stopped it I had seen food (where are the Dunkin Donuts in Queens?!?!).

I hadn’t had any breakfast (smart!!!) and I brought just one gel, that I made last until mile 4. I licked every single drop of  the Vanilla gel. I was almost tempted to chew the packet too, just in case it helped.

After mile 4 I was starting to warm up but starting to get really tired. My legs were DEAD. LEAD DEAD. I am sure I had done this racing-halfs-two-weekends-in-a-row before but I probably ate better/rested more the week in between. This was a disaster pace.

I knew I wasn’t going to PR so I focused on relaxing as much as I could to be able to chill, enjoy the race and celebrate the day! that means: slow the eff down!!! Also, the tutu was bunching up a bit, as every once in a while I had to pull it out of my shorts or from in between my legs, but it really wasn’t any big problem as you would imagine… 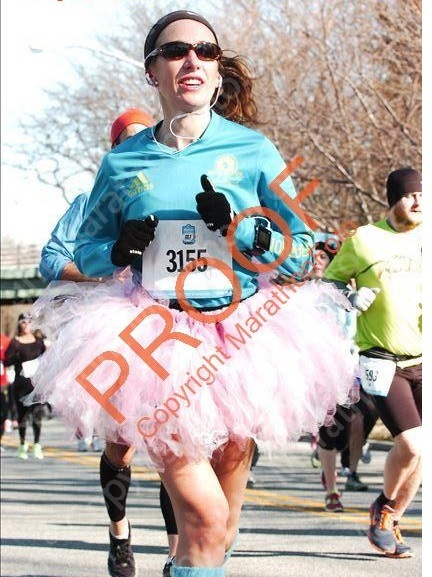 I kept picking people to run with/pace off but very soon I found out the awful truth: NO ONE WANTS TO RUN WITH A GIRL IN A TUTU.

I get it, you’re a serious runner, you’re trying to go super fast, you trained for this, all of thaaaaat.

But that doesn’t mean that I can’t hold the pace, or that I won’t help get more people cheering our way, or that I am taking this as a joke, or that you will trip on my tutu… seriously people, I look ridiculous but I am also a person, and a runner, and I AM going at your pace!!! Please love me and run with me!!!!

Anyway, you know the more it bothers you, the faster you’re gonna take off, and the sooooooner you’re gonna crash and come back to me. Don’t fight the tutu.

If you pulled away and were able to sustain it: Good for you, and: Glad I could help!!! 😉 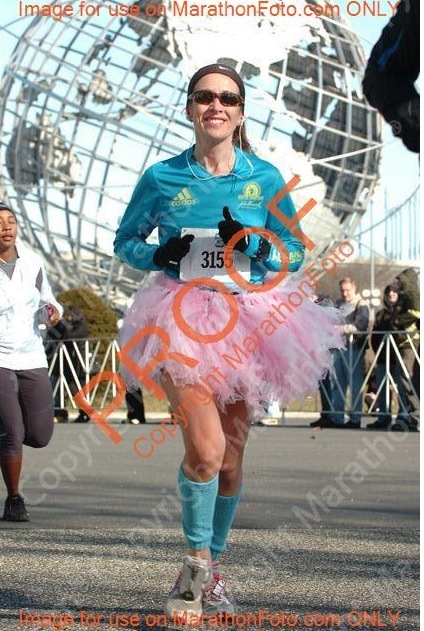 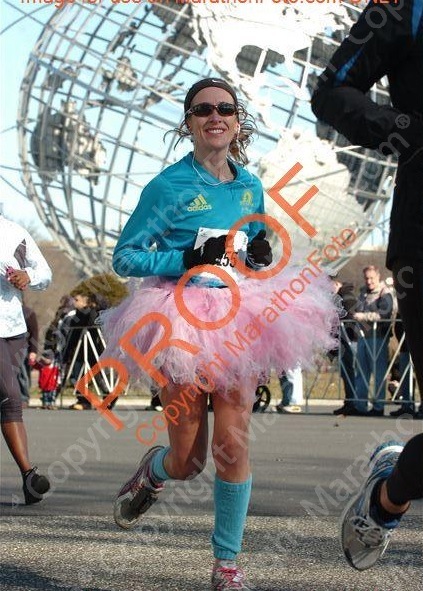 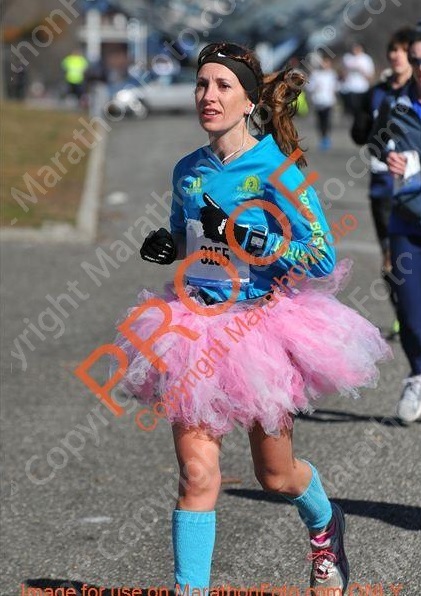 This last picture is my favorite. Do you like it? Help me pick which ones to buy!! I never buy pictures anymore but these are just too amazing…

The spread at the finish was INSANE. Lots of pretzels, fruit, muffins (I had 3 instantly!), and OREOS. I sat and stuffed myself like a maniac.

Anyway, I finished in 1:45, a loooong way back from the 1:37 I did 6 days before, in a much flatter and easier course, but I was still very happy.

I had a moment at the finish. I stood right there so I could spot John right away,  I also played Bart (Yasso!) and hugged/high-fived and all that. Then it hit me like one of those waved in the sea when you turn around:

This is my life now.

All of a sudden I remembered it was my birthday, and how I was doing a race on my birthday, and how, running has sipped into every single day and event in my life and how far I’ve come. I felt really humbled that, at 38, I felt this strong and healthy and happy. Yes, I can run (an easy 1:45!??!!?!!?) on any given day, in a tutu, feel amazing about it, and this is my new normal now. I felt thankful and extremely happy about all the places my running had taken me, including those seconds; this is my life now and, as hard as it is to get older (and stop PRing!), I was completely overwhelmed that that person was me, doing that, on that day, and feeling like this. Sorry for the sappiness but I don’t think I had every had such a birthday run…!