I took a little trip down south, to Argentina, where I am from. After a couple of days in Buenos Aires, we jetted over to the shore. 400 kilometeres south of Buenos Aires (a 40 minutes flight),  you have Mar del Plata (Silver Sea?), one of he biggest cities with a beach. It is huuuuge city, as are the portions, jeeeez, you either run everyday or you’ll put on two sizes each day!!! The greatest thing is that there is always a path right by the ocean, for miles and miles, literally. You can’t run out of a path to run on. You can run on the path close to the ocean, like 50 yards away, or on the sidewalk, like 100 yards away, and either way you have a great view. And it’s always windy, so even if it’s hot, you have a really nice breeze to keep you cool! Plus: the views…. 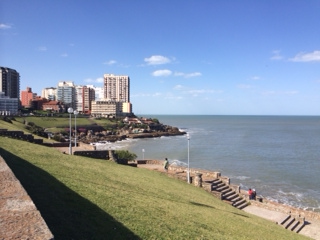 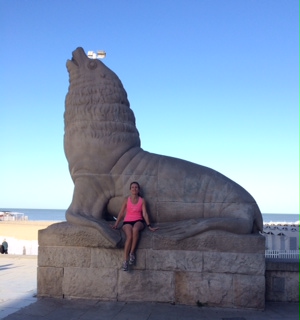 I am not sure exactly why but the sea lion is like the local beast or something, and you kind HAVE TO take a picture with that thing… the real ones smell HORRENDOUS! 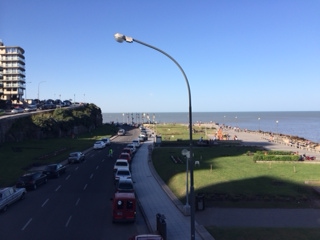 One of my favorite views: Playa Chica

You can see the two paths you can run on by the shore, the sidewalk on top and the little path under, closer to the water. the views are better from the top though, but the wind can be an issue. 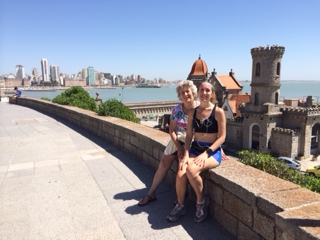 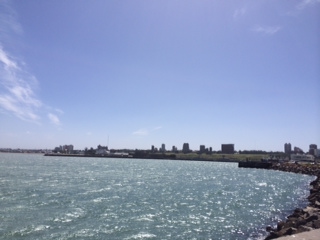 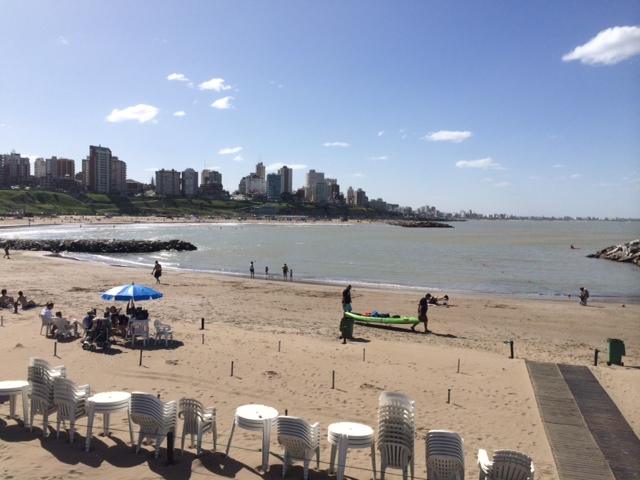 I swear I took all these pictures on my runs… I did stop a few times, but I did run a lot too! 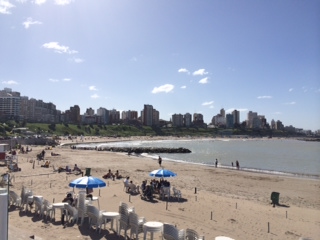 So, the running is really good. There is always someone running, not too many, and a MILLION people walking (for exercise and tanning I guess) so you won’t every be alone or scared. I saw a few running groups, mostly at night, though I prefer to run during the day. Another great thing is that there are some amazing (though short) hills to climb! Really a GREAT place to train. I’d recomend visiting this place just to run, as it’s so close to Buenos Aires. Just don’t go in January and February, as it’s too crowded in the high season. Seriously: DO NOT go in those months. December or March is perfect (it can get a bit cold/windy in the winter!). But the main reason to go there is the food will force you to run. Seriously, there are many amazing food options, and the portions are like three times the normal size. You eat so much that you have no choice but to run it all off or you’ll die. Or maybe that is just me because I have no control… Just an idea of the fuel: 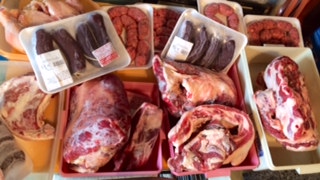 Getting ready to bbq some asado 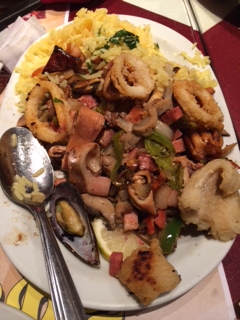 Planchita de mariscos en Manolo. Basically all the seafood you can find plus some rice. 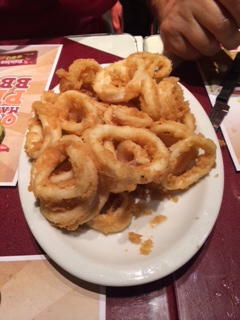 emm, what do we call these in English? em, breaded squid rings thingys?? 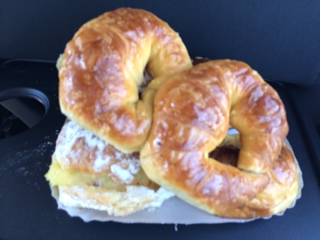 Medialunas de Atalaya. So, the best croissans in the world. Pretty much.

Lomito y Mollega de La Cabrera. None of that is translatable as anything else than YUM

CHurros de Manolo. Basically: the ONLY churros I’ll eat. For Dinner. Lunch. And breakfast. a whole 18 of them a day. Each kilometer earns you a churro!

My favorite meal: milanesas, which is breaded veal! 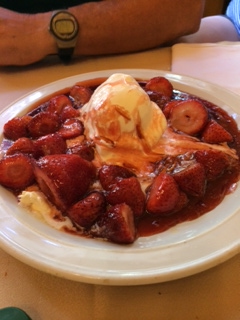 This was one of the most ridiculous things I’ve ever eaten. Sugar, strawberries and ice cream, all melted and warm and frozen…. simple and still so delicious! 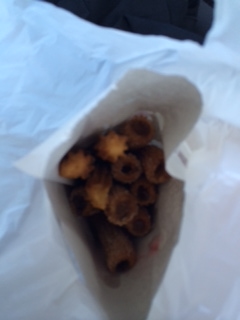 I took these with me on my way out. Just for a few minutes: HAPPINESS.

Oh, and this weekend is the marathon, half, full, and 10K. I saw the guys marking the course, during my run and 3 hours later in the other side of town… too bad I am not in shape to run a a decent time, or it could have been FANTASTIC.

One day soon. You can breath running there.