I had been there once before for another run, it was summer, it was amazing, long time ago. It’s a 30-40 minutes drive north of the city which for me is impossible or requires planning. Which, I don’t drive, UGH, no. But Kettia suggested we go, and there we were all 4 of us, in a bright zipcar, at 7:45 am (SO early on a Saturday) that was 17 degrees with a feels like of 8. OUCH. 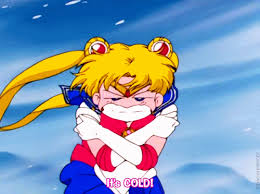 Getting dressed is always the hardest part, mostly because everything is too many layers. I had my subzero tights, legwarmers, pants over that, 4 layers on top, including a vest and a jacket, plus two hats, two layers of gloves, all of it. Being sweaty in all those layers later is no joke, so we all brought an extra change of clothes for brunch

anyway, the drive was uneventful and we were there in a jiffy!! The trails are not really trails. It’s mostly really nicely manicured dirt paths, so nothing too technical to worry about. And there were COWS. 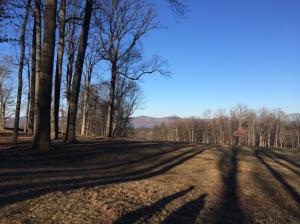 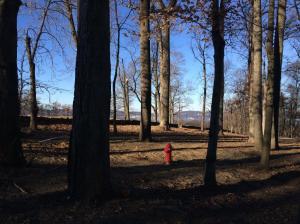 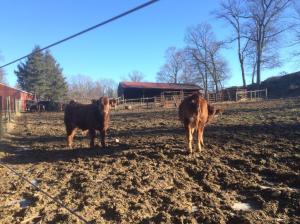 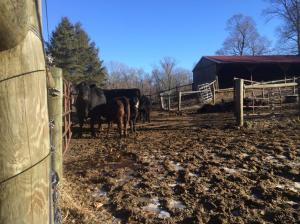 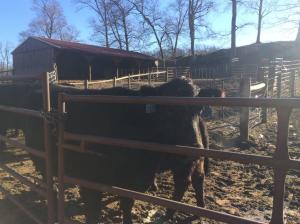 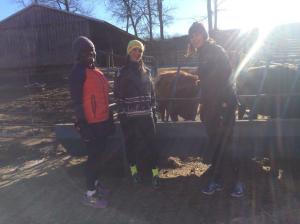 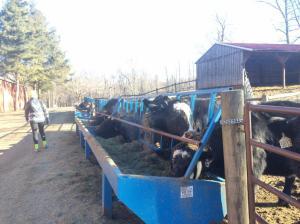 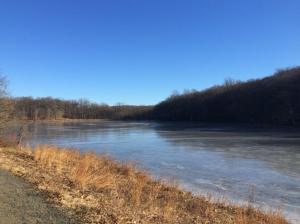 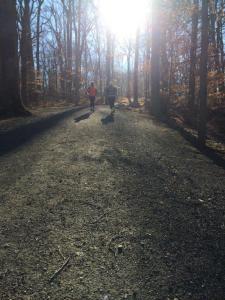 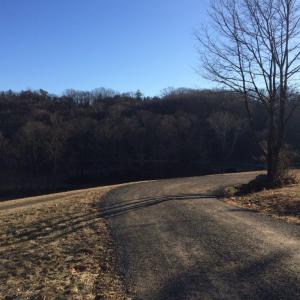 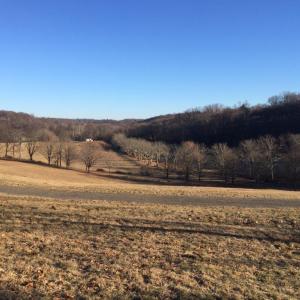 I know what you’re thinking “poor little city girl“, and yes, it’s quite sad. The sunlight was blinding, no buildings to protect me in the shade. Yes. Sad.

I really wish I lived in a place like this some times. So quiet, and relaxing, and naturishly, and zen and all that. Most times, I really don’t. I love the city, who are we kidding.

But it’s fun to have a little weekend escapade once in a while to see how other people live. Strange.

We managed 12 miles (my gps was short or distracted), one gel, and a half frozen bottle. Plus, there were some hills. Major Hills. 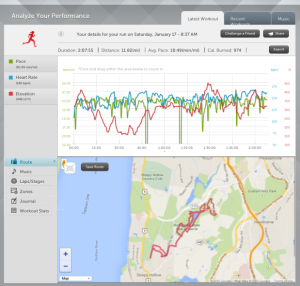 I changed in the car, yes I did, I was soaking wet, uh, sweat and so many layers people is no joke, then ridiculous brunch action and back home. Get out there if you can (official site here). It’ll make your weekend 50 times better. Oh, and don’t forget to pay the $6 dollar fee as soon as you park the car!