Nothing fixes your running woes (UGH, all here) like a trip. Right? You almost forget to run sometimes when you’re on vacation. There’s vacations I run around like a mad person, like when I go to Buenos Aires, but most of my other vacations, I totally forget.. bad bad elizabeth. I take vacations very seriously, goal race ahead or not!

Given we ate like disgusting pigs, I had no idea how on earth we managed to run at all. Here: 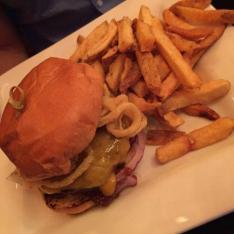 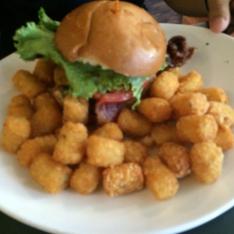 this was called the trip where Juan tasted tater tots for the first time and he couldn’t have enough (though half of those are mine!). This was actually our second wedding anniversary trip, but, food. I can’t believe how fast time goes, 2 years… that’s what happens when you’re old?

Anyway, we did a little run, very unplanned where we ended up running ALL the stuff we had already seen! DC is so cool to run on, there’s lots of space and if you go earlish, it’s not that crowded in those areas where you have tons of people after 10 am… though we did so much sightseeing in the run that our 8 mile run took about 3 hours (8 am to 11 am) and ended up, of course, at a 711. Juan loves slurpees and I love their chillers. We obviously like JUNK.

We started checking out, again, the White House, the back of it, see, there’s no one that early! Sleep, tourists, sleep!

We then run up to the National Mall, in that picture we are by the World War II monument, which is quite impressive. 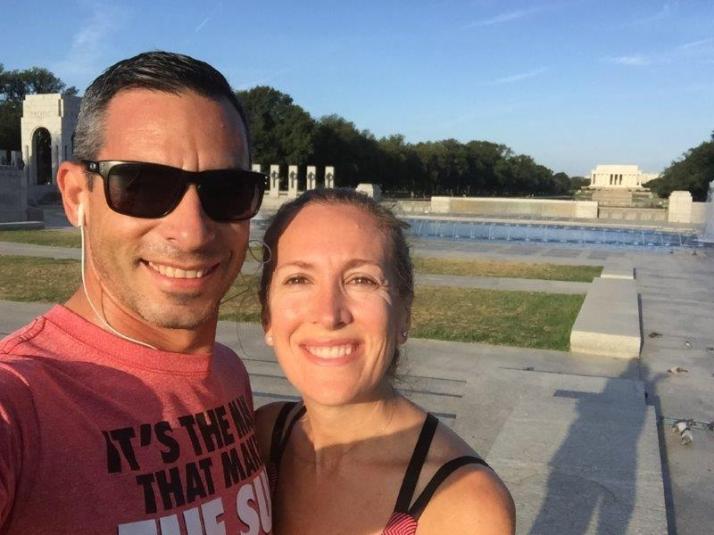 You know what that is.

Reflecting Pool and the Lincoln Memorial all the way in the back. And Juan. 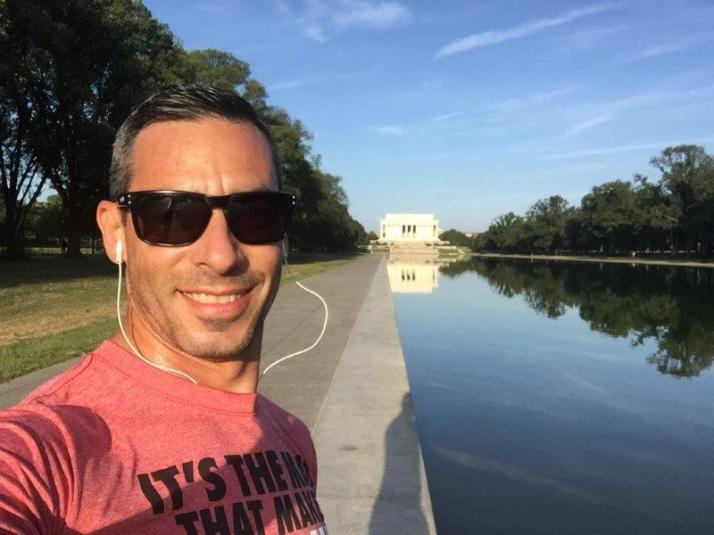 So then we run up to the Lincoln Memorial and if you go behind it you have 1.6 miles to the Arlington Cemetery. There’s no running there, obviously, and I put a shirt on, of course. We spent about an hour walking around and we got to see Kennedy’s site and the Robert Lee House on top of the Hill. We were also there for the change of the guard in the Unknown Soldier Tomb, quite impressive ceremony. 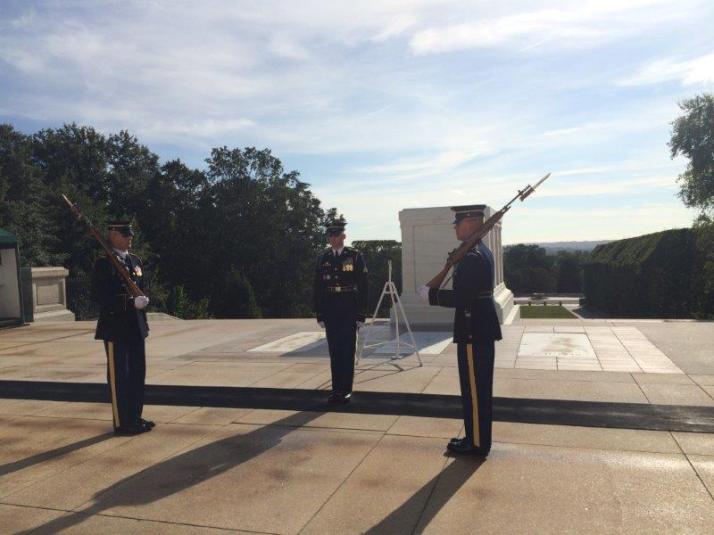 Then we run back to the mall, went into the Smithsonian castle for a bit, as it’s my favorite place in the whole city! 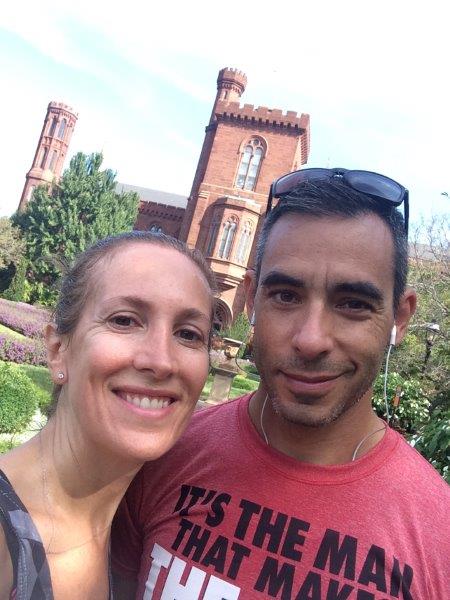 We run past all the museums we had already visited… 🙂 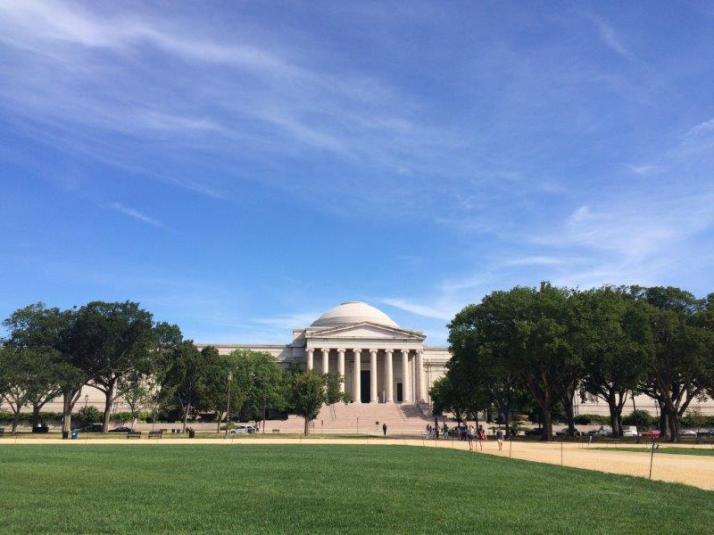 Check out how empty it is to run, so cool right? 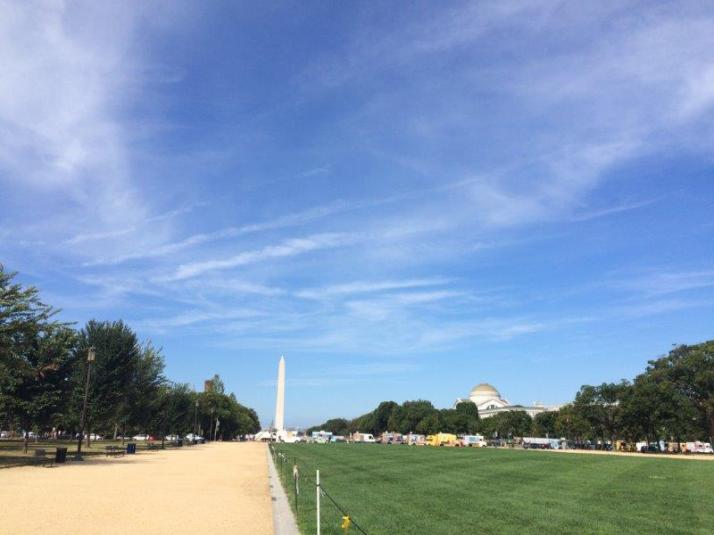 And there’s the US Capitol, getting a facelift! 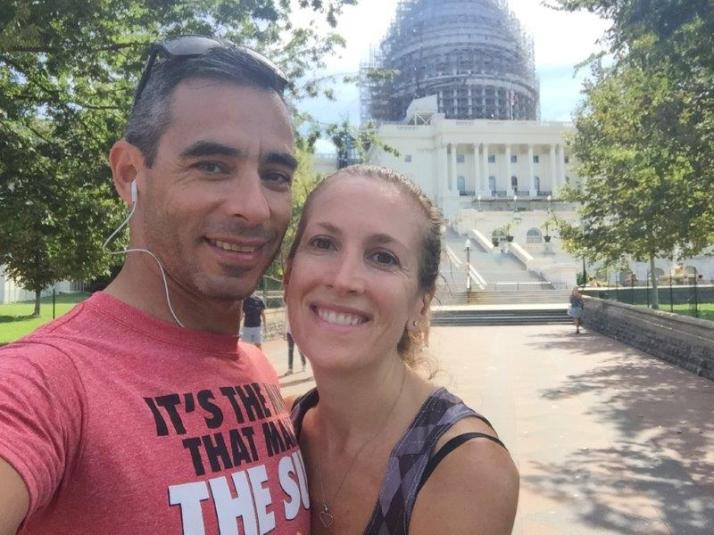 then we just run back to the hotel. It was hot and I was tired. 3 hours out, even if it’s only 8 miles, deserve a good cold drink with lots of sugar!!! 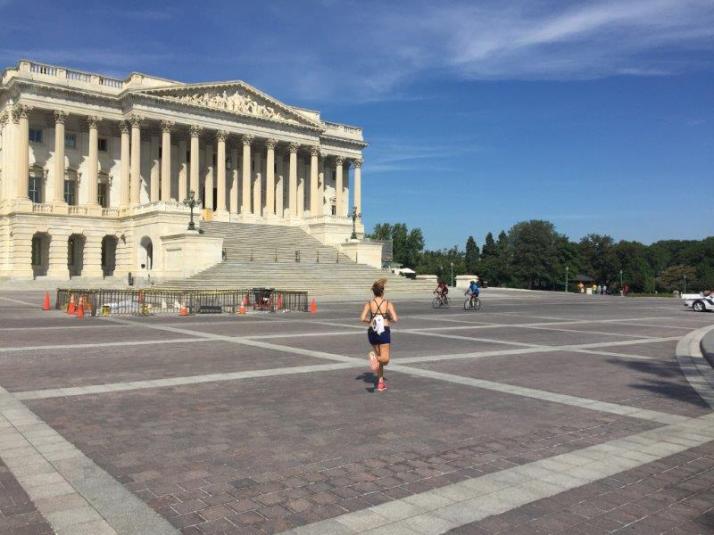 4 thoughts on “A little running in DC”